Because the idea is still in the early stages, I’ve got some quite fanciful ideas. It could go to Barcelona, Berlin, Cleethorpes – who knows!

The mere thought of three gigs in three separate venues on one night is enough to put the shakes up most musicians, but Richard Hawley thinks it’s a wonderful idea. The Pitsmoor-born crooner returns to Sensoria Festival next month for another instalment of The 3 Ring Circus, and he’s very much looking forward to the challenge.

How did the idea for the ‘3 Ring Circus’ come about?
The idea for it came about at the end of the last bunch of tour dates I did with the last record. It got to a point where I was going out on tour and there were two or three articulated lorries and a tour bus and all of that, which is wonderful and blah blah blah. But me being me, I thought, ‘hold on a minute, this has gone a bit fucking ELO’. You know what I mean? It all went a bit sort of … rock gig. I just want to strip it back and go ‘hold on a second, what is this really about?’ It’s a bit Cool Hand Luke in a way. You know what I mean? It’s a bit like sussing what you’re about. Are you hiding behind big lights and a massive stage production? It boils it down to what the essence of you is all about, and I enjoyed that so much.

Being truthful, I probably enjoyed it more than the latter stages of the big tour. Not that I didn’t enjoy those gigs but I could feel this thing, this kind of monster running away from me. I was really grateful for the opportunity to just stand on a stage with my mate and an acoustic guitar just singing these songs. Going back to that thing about big rock shows, it got to a point where I knew what was going to happen next. There is something in this about challenging yourself. You know, not even being sure if you will make the gig – there could be a traffic jam or some sort of hold-up as you’re moving in-between venues. Not to put people off from coming of course! It went really smoothly last time. But there was that buzz of doing three great gigs. Normally you just do a great gig and that’s it, but with this you’ve got three sets of adrenaline to deal with. At the end of last year’s 3 Ring Circus it took me about a week to come down. I was high as a kite from it. 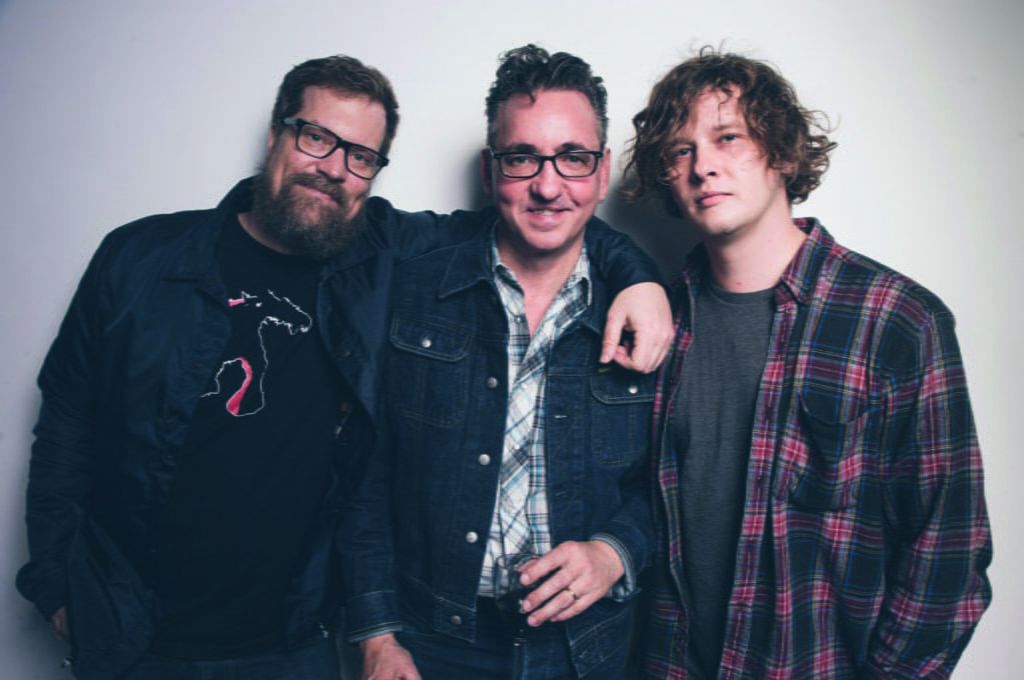 What made you choose Lou Doillon and James Dean Bradfield to join you at the event this year?
I just chose people that I like. It’s really that simple. Because the idea is still in the early stages, I’ve got some quite fanciful ideas. It could go to Barcelona, Berlin, Cleethorpes – who knows! You could take it anywhere really, that sort of idea. I like the idea of getting three separate artists and putting them under a bit of pressure. I think that’s a good thing.

What’s running through your head as you dash between the venues?
‘This is fucking mental!’ It’s a bit like a swan: on the top it looks quite graceful, but  beneath the water it’s absolute chaos. You’re at real panic stations travelling  between three venues, having to get  there, get set up and go do your thing. I’ve definitely chosen artists that are up  to those panic stations. Playing three  concerts in one night, people don’t really do that anymore. I remember when I was a kid playing in working men’s  clubs, pubs and theatres, and I would  sometimes do three concerts a day. I like the idea of it being actual work and not just this big posh performance. You couldn’t possibly do it with a big band or set up an orchestra; it strips it back to what being a real artist is all about.

The idea is that each act becomes an opener, middle-act and headliner. How  does it feel by the time you get around  to the last set? Is the buzz still going or does a bit of fatigue set in?
You can’t help but have a buzz going.  You’ve got no choice because there’s no time to think. Literally, you get in  the car, you arrive and you set up. The only time you’ve got to think or panic is the first gig that you do. That’s the last  soundcheck, if you like. I suppose this is explaining what it’s like backstage but, from an artist point of view, it’s utterly fucking terrifying. 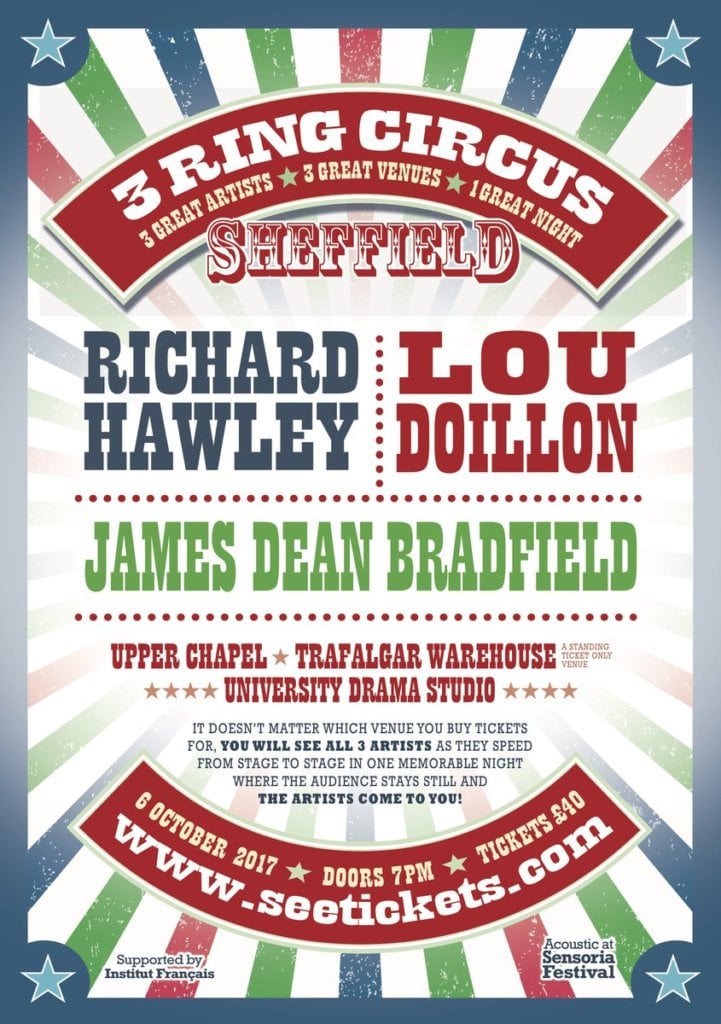 What do you think Sensoria Festival  brings to Sheffield?
It brings a lot of culture to a cultured city. It seems to belong and fit. It’s an  exchange of ideas and doing things  you haven’t thought of before. It is  already an interesting city to live in, but  to have things being brought in from  different cultures, different ways of life  and different ways of seeing things,  that’s always going to be a good thing.  Sheffield is a huge crucible, a melting pot of ideas, so the more the merrier!

The relationship between film and music is a key theme throughout the festival. Tell us about your recent experience of writing for film.
I’ve just written the soundtrack for a film called Funny Cow, which Maxine Peak stars in. I act in it as well. Well, I say act; I’m just a bloke who plays a guitar in a pub. Must have taken them fucking weeks to think of that one. But yeah, I wrote the soundtrack for that. That was a really great experience. I didn’t just write the soundtrack after the filming, I was there whilst they were making it. Tony Pitts, who wrote the screenplay, is very much a Sheffield character. He started off in a film with Ken Loach when he was 15/16 and he was plucked out of school for acting and his career went on. The last film he was in was Star Wars, you know? I was really interested in having been brought up in pubs and clubs. Tony’s initial idea was that he was writing a story about northern working men’s clubs, not just about how it is up north and that cliched stuff, but how it is hard to make it in showbiz when you live up north. He was specifically interested in writing a film about how difficult it was for a woman at that time. I was definitely interested in that. I wrote the theme tune for that and I wrote it in three sections and each section was written on a dog walk. It’s one of my favourite songs I’ve ever written actually.

Do many of your songs get written while walking the dogs?
Yeah, because putting one foot in front of the other and setting off in a direction is a time that you can think about anything that you want. It is total freedom and it’s your time. I have two dogs and I enjoy being a dog owner very much. A by-product of just walking your pooches in the park is that your mind wanders. Your greatest asset as a writer is boredom. The screen and the mobile and the iPad are useful tools to write, but they are also dangerous for a creative mind. If you are bored and you’re a creative person, your automatic response is to fill the void. I’m not saying walking the dogs is boring because I live in Sheffield and there are some amazing places you  can walk in, but your brain just switches from normal rational responses and everyday problems. Knowing that you are okay and putting one foot in front of another, somewhere on that walk your brain will switch to a place where you think about things in a much more abstract way. That for me is just gold.

Finally, Richard, this interview will be going in our student issue and I was wondering if you’d like to share your favourite thing about the city for the benefit of any newcomers?
My favourite thing? There isn’t one definitive thing. I’ve lived here all my life and I could be accused of being a stick in the mud, but I have and continue to circulate the globe and there is nowhere else I’d rather live. This might be seen as a bit of a sweeping statement, but people are generally quite open and friendlier here. All cities have its issues and problems, but I think that Sheffield has an open heart. There is just something about the place. You don’t have to scratch the surface far to find a good story or find someone who is kind and will help you out, even in the most basic way. That way of life is something that has always appealed to me. The resilience of people in this city just seems to be something that is remarkable and quite rare. I don’t mean it in a cutesy kind of way; you can have a serious discussion about politics or talk to people about a wide variety of subjects and it won’t end up in a fucking riot. That’s just the observance of a fifty-year-old bloke who has seen a thing or two, anyway. 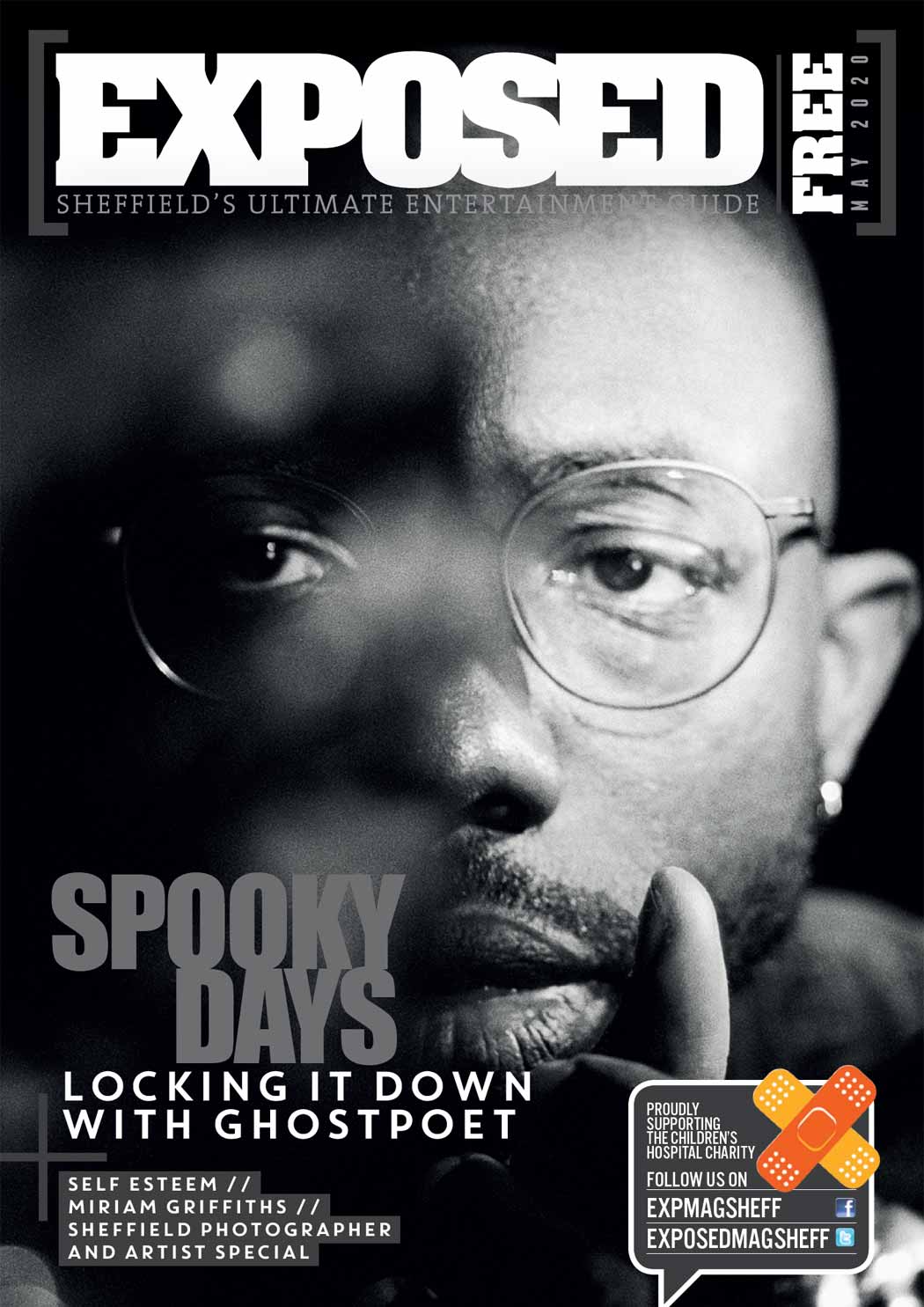