35 years on from the Miner’s Strike, the struggle for Orgreave justice continues

35 years on from the Miner’s Strike, the struggle for Orgreave justice continues.

In March of 1984, the National Coal Board announced it would be closing 20 of its pits, leaving more than 20,000 people unemployed. Almost 200,000 miners launched industrial action around the country, marking the beginning of the Miner’s Strike to defend their jobs and communities.

Arthur Scargill, the president of the National Union of Mineworkers (NUM) at the time, had foreseen this in 1983 when he said: “The policies of this government are clear – to destroy the coal industry and the NUM.” The relationship between the government and the NUM was already hostile by the 1980s, partly due to the strikes of 1972 where Arthur played a key role in the Battle of Saltley Gate in 1972, which saw at least 15,000 Birmingham engineers walk out to support a picket by striking miners.

Using a similar tactic to Saltley Gate, the NUM called for a mass picket of the Orgreave coking plant, which regularly supplied coke to the Scunthorpe plant. Nearly 10,000 miners showed up on 18 June to picket lorries asking the drivers not to transport the coke. Throughout the strike the police had a practice of blocking access routes and turning miners away from picketing. On this occasion, the police guided the miners to a specific area. It was suspicious, according to the Orgreave Trust and Justice Campaign’s secretary Kate Flannery. “Thousands of police turned up and ushered the miners into the field at Orgreave – one of the miners arrested that day told us that they did everything but valet their cars! They gave them parking spaces but before they knew it, the police set upon them with dogs and horses.”

Speaking to the BBC in 2015, Stef Wysocki, a miner who was at Orgreave on the day, details the moment. “It were a nice summer’s day. We were there in t-shirts and they were there in full riot gear. They knew what was going off. I was punched, kicked, prodded – you name it. I walked in that field and I was nearly carried out.”

Following the violent scenes, The Sun reported and praised “an amazing cavalry charge” and the previous month, attempted to publish a front page cover comparing Arthur Scargill to Adolf Hitler. Union members at the printers refused to print it, instead choosing to send a message to editor Kelvin McKenzie. “Members of all The Sun production chapels refused to handle the Arthur Scargill picture and major headline on our lead story. The Sun has decided, reluctantly, to print the paper without either.”

I walked in that field and I was nearly carried out.

On 15 April 1989, the Hillsborough disaster took place and claimed 96 lives of Liverpool supporters. After the findings of the Hillsborough Independent Panel in 2012, the Orgreave Truth and Justice Campaign was founded. “We set the campaign up at the end of 2012 in response to the outcome of the independent Hillsborough panel,” Kate tells us. “We thought after that that it was the right time to do it. An inquiry had been tried by various trade unionists and politicians previously, so we were building upon something that had already been attempted.

“For years and years there has been a burning injustice about why innocent people who were trying to fight for their jobs and communities were set upon in what seemed to be a planned attempt to physically harm them. Not only that but once the police attacked them, they arrested them on some spurious charges such as rioting, which could have meant a life prison sentence.”

Kate and the Orgreave Truth and Justice Campaign were optimistic after the home secretary at the time Theresa May made some positive remarks about looking into Orgreave following the findings of the Hillsborough inquiry.

“We met with Amber Rudd after she took over from May (who became prime minister in 2016) and we were hopeful that the government were going to take us seriously.” In October of 2016, Amber Rudd decided against holding a public inquiry into the events at Orgreave because of a lack of a miscarriage of justice, the fact that nobody died and reportedly, without even looking at any evidence. “Since when has lack of death been a reason not to have an investigation? There are some miners now who were so brutally attacked that they can’t talk about it now. And when they do they cry. Lives were torn apart, it was horrendous.”

There are some miners now who were so brutally attacked that they can’t talk about it now. And when they do they cry. Lives were torn apart, it was horrendous.

Kate, a resident of Sheffield, was involved in Women Against Pit Closures in 1984-85 as a young woman. “I worked in local government and my union were supporting the miners. My family were Sheffield people, they worked in steel and coal and were very politically active at the time and understood the importance of fighting for the miners. We were very aware of the lies the government were spinning at the time about pit closures. “We knew what destruction the closures would cause not only for the mining community but for the country. Orgreave was quite symbolic actually because it wasn’t the only incident happening at the time – there were Orgreaves happening all over the country but it was the pre-planned aspect of it which made it quite significant.”

With a Conservative government currently in chaos amid the impending exit of Britain from the European Union, the Orgreave Truth and Justice Campaign are determined to continue with their campaign. “We do have hope that the truth will come out, but we have a serious problem with this government and the current home secretary – a woman who believes in the death penalty! We’re hoping that a general election will give us a Labour government who can sort out these injustices because it’s not just Orgreave, there are many other injustices going on and it’s in their manifesto to have an Orgreave inquiry.” 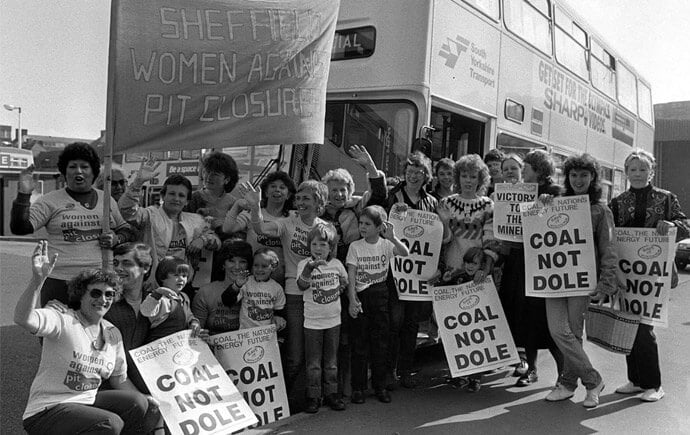 More than 35 years following the events at Orgreave, the Orgreave Justice Campaign and Heritage Open Day have organised an event on 18 September which highlights some instrumental and influential moments in social history – including the Peterloo massacre of 1819 where a crowd of 70,000 protesters were charged at. “We’ve always been keen to not make this too depressing. If you think about all of the injustices, it can be very demoralising and distressing. We’ve had rallies, demonstrations, stuns – we had an event outside the Home Office where we took a cardboard cut-out of Margaret Thatcher to present to Amber Rudd to remind her of her predecessors!

“On the night, we’ve got various people appearing who were involved in the strike. Actors, poets, musicians and a full evening of political discussion – hopefully some of it light hearted. The second half of the show we’ve got some readings from a Barry Hines play from the Sheffield University’s Hines archive. It’s called ‘After The Strike’ – a play written for the BBC which they decided not to to screen.”

‘From Peterloo to Orgreave – 200 years of People Power’ will be hosted by the Orgreave Campaign’s Joe Rollin and Chris Peace and will feature music from Christan Reilly, Sam Browse and The Fates, as well as an ‘On the Sofa’ style discussion chaired by comedian John Scott, with leading Hillsborough Inquest barrister Mark George QC, actor Kate Rutter of ‘Peterloo’ and ‘I, Daniel Blake’, Dr Matt Roberts from Sheffield Hallam University, councillor Sophie Wilson from the Sheffield city council, our interviewee Kate Flannery and Ray Goodspeed from Lesbians and Gays Support the Miners, the group famously depicted in the film ‘Pride’.

Tickets for the event are free and are available online at sheffieldcityhall.co.uk or through the ticket hotline on 0114 2 789 789 and in person at the Sheffield City Hall box office. Head to otjc.org.uk for more information on the Orgreave Truth and Justice Campaign. 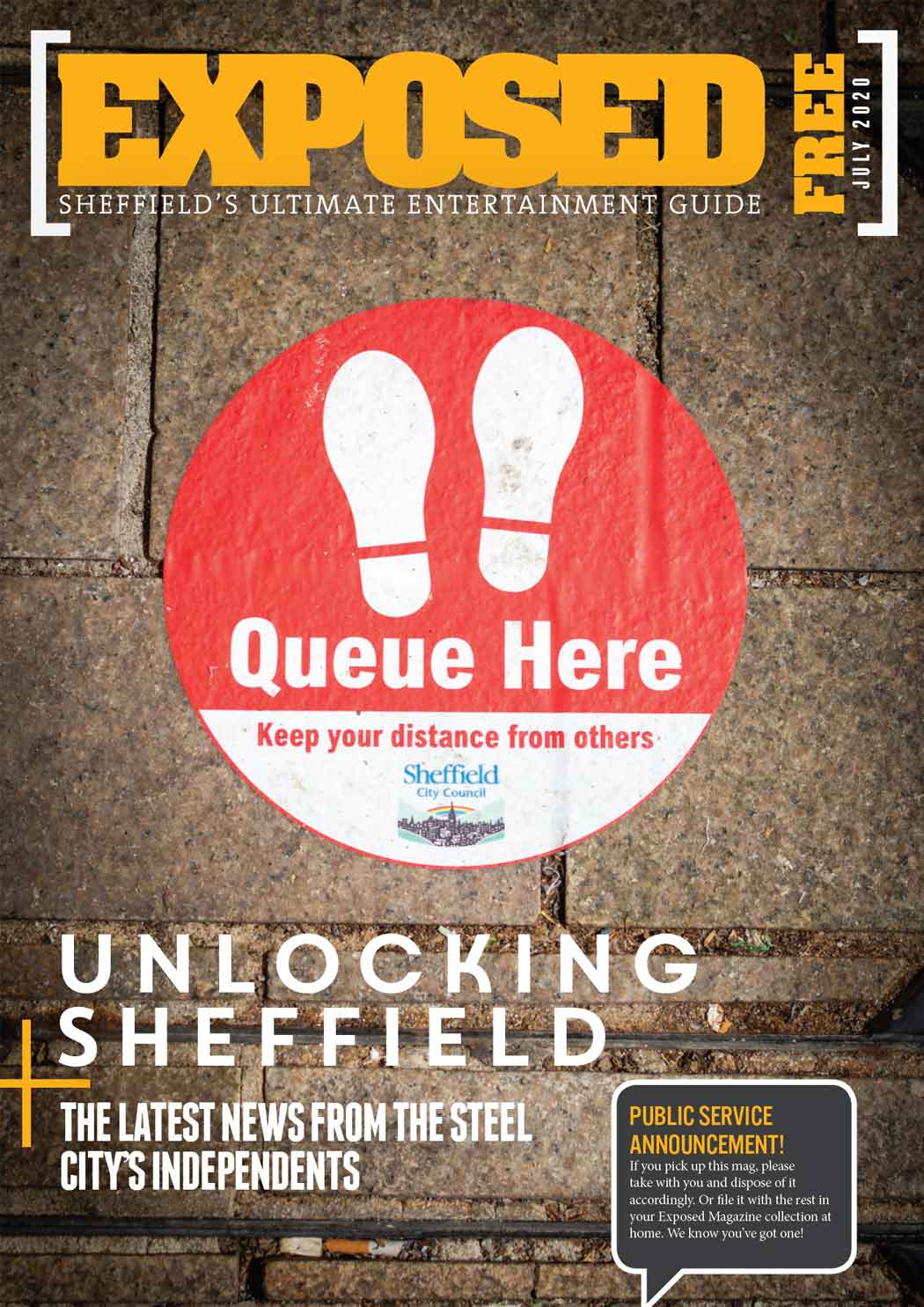 Renowned singer-songwriter and multi-instrumentalist John Grant will return to Sheffield for a full band show at The Octagon Centre next..
View on Facebook
·Share