When’s the government sorted anything out really? Maybe the people need to show them how it’s done.

The moment you say “hello” to The Coral’s James Skelly over the phone, you can tell he’s a talker. The Wirral-born frontman is incredibly warm, friendly and with a self-deprecating sense of irony, he’s comedic. He also brings that gusto of impassioned opinion and incisive, yet sardonic, social commentary that seems so characteristic of the longstanding indie champions. Exposed caught up with Skelly ahead of the band’s Don Valley Bowl gig in August.

It’s been 16 years since The Coral were first launched into the limelight with the band’s debut album. How do you assess your own career?
I don’t look back too often, especially not at the bad stuff. I don’t really spend time looking back at it and it’s not something, as a career, I can separate out – it is just my life.

Would you do anything differently?
Some things absolutely but then again, I might not be where I am now if I did. It can always be better, I’m one of those who strives, but I also don’t think that it’s the end of the world. If I’m with my mates, and my family’s healthy, then I’m alright.

What about the highlights?
I look back at loads of good stuff, but I knew I was lying to myself. Right at the beginning, and with Distance in Between, those are my two favourite periods as a band. But when we got bigger, the record companies didn’t know how to handle us, and we didn’t know what to do. I don’t think it was until I was about 30 that I was content, before that I was depressed and never happy.

Was it difficult to adjust with the quick rise to fame you all experienced?
Yeah, I was too young and insecure. Those labels of me being a spokesman for a generation – I wouldn’t want to be a spokesman for anyone! I was always really grateful, but on a personal level I always criticise myself – it’s the default setting of my brain. None of us have been to university, so maybe we’re not so erudite, and you’re thrust into that limelight, you say stupid things. But I think people trust bands that fuck it up. I’ve never trusted bands that make perfect moves.

I’m sure that means you’ll always critically assess your own production, and that’s a good thing?
Absolutely, but at some point I think I had to admit that I’ll never be the best. It means I’m enjoying it a lot more, and I don’t take it as seriously anymore. I used to think I could redefine ‘the game’, but I was very wrong! I think now we accept it, and we play it in our own way. You can either go to the party and get involved, or go there and sulk – you’ll just make a prick of yourself that way.

What about live music and the industry at the moment?
We’ve learnt to think seriously about how our songs will translate from the studio. It’s about live music now; albums are almost like promotional tools for live performances. I don’t think albums are necessarily cherished like they used to be. Stuff like Spotify is flawed, but there are definite benefits. I like the way it cuts straight to the people, but I’ve definitely started approaching music differently since I’ve accepted streaming.

In what way have you changed your approach?
The way people are listening to music at the minute is mainly mono, it’s almost like the 50s, it’s all about singles and it’s condensed and compressed. I can understand that, but I try to take the positives. For example, now, when we’re playing live, people know more of the tunes. You can get setlists on playlists. We did a gig in Hull for areas where people can’t afford to get to many gigs, and they knew every tune in the set – probably the best crowd we’ve had in years. Nobody’s gonna give a fuck if I take The Coral off Spotify though, I’ll leave that to Taylor Swift.

Is there any particular concept built into your next album?
I wanted to do something uplifting in a way. The last couple of albums were quite heavy, minor chords with a level of resistance. But I almost wanted a classic pop record on the surface, built on melodies, but with a deeper level there if you want it. I suppose it’s about trying to find something real and tangible in this world. The birds are in the sky, the sun is up there, they’re good and bad things, same as ever. Sometimes you can miss these things messing around on your phone.

Will it contain any sort of political commentary?
I envy those who can pin down some social commentary in neat lyrics but I don’t have a horse in any race. I don’t have any faith in the system, but I believe, fundamentally, that people are good. We’ve got to sort it out between ourselves and accept differences. When’s the government sorted anything out really? Maybe the people need to show them how it’s done.

Being personally responsible is a great ethos to have, and could go some way to explaining your longevity as an artist?
Every time in my life I’ve felt like I’ve been done over, I’ve thought what can I do about it? I’ve sat there with nothing in the bank, everything was fucked, the band was gone, at that point, you look at yourself and go ‘Well, I got myself here, no-one else’, it was a big wake-up call for me.

What about the secret to sustaining a career as long as yours, and the success you’ve had?
I’m not gonna be the one who’s telling anyone how to do anything – I’ve made plenty of fuck-ups, y’know? We’ve survived as a group, though, through friendship and even blind-faith half of the time! We’ve also never been able to do anything else, if we could, would we even survive? They do say that necessity is the mother of invention, don’t they? 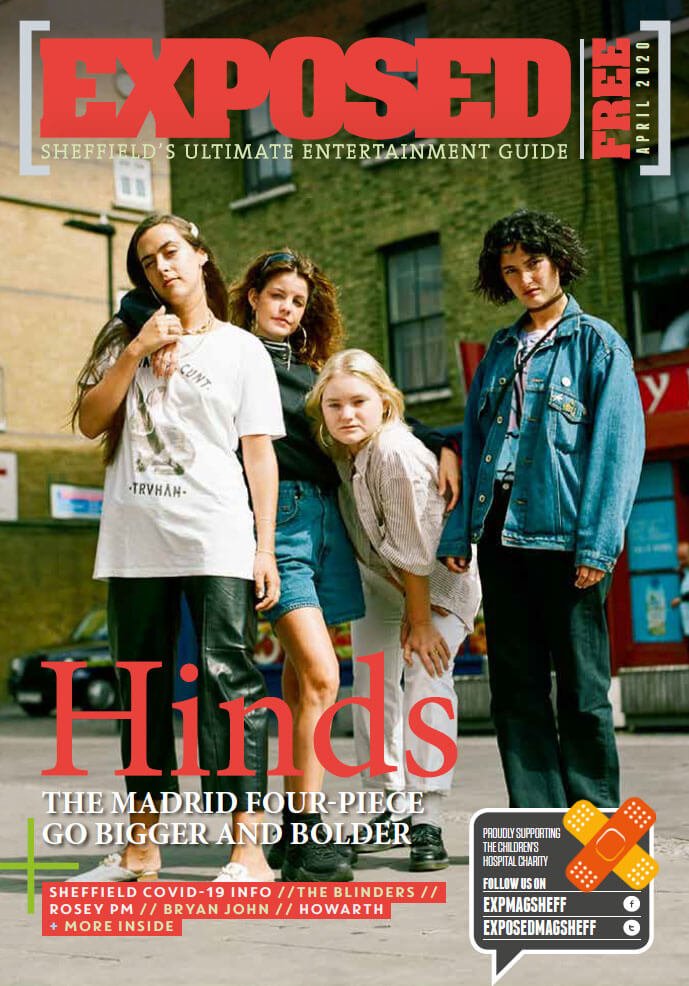 We’ve got this, Sheff. ❤️ @marcabarkerphotog

Takeaway this weekend? Keep it local by downloadin

Hi all, just a coupla things we'd like to mention

Filming @franzvon_zongo for our next Exposed sessi

#TBT Opening night at the iconic Music Factory on

With no Sheffield United games coming up, Cavendish Cancer Care is asking for 'virtual bucket shakers' to help them out over the next few weeks.

For local charity Cavendish Cancer Care, bucket collections at football matches are vital to keep the organisation going. With all..
View on Facebook
·Share