With a new single out and homecoming gig at Yellow Arch imminent, we caught up with the dark pop peddlers to talk about some reyt tasteh plans for 2018.

Now then, chaps. How’s 2018 treating you so far?
Jake: Busy! We’ve been recording new songs for our next release. It’s been nice to have some time out from travelling.
Cal: It’s been a chance to take stock of where we are and figure out what we are going to bring to the table this year.

It’s shaping up to be a big’un by the looks of things – there’s a UK tour to get stuck into! What’s it like on the touring bus with Vuromantics?
Jake: By ‘bus’ do you mean Callum’s Yellow Fiat Panda?
Sam: I’ve been trying to get these guys to eat somewhere other than Toby Carvery but have failed miserably. We usually have some great music to keep us company though.
Cal: Yeah, as long as we’ve got either the Tool or Chaka Khan CD on I’m oreyt.

The Yellow Arch gig on March 10 should be a belter. Any other venues that you’re particularly looking forward to playing?
Sam: Yes, special shout out to the bands playing Yellow Arch; we love Sheffield and it’s a great line-up with Humbar, Any Other Way and Intervene joining the antics.
Cal: It’ll be great to get back to Night and Day in Manchester as we always have a blast in Northern Quarter. There’s also Bristol and the big end of tour party at London O2m that’s destined to be a highlight and support band The Strangers are particularly worth a look in; their a wacky Cockney hip-hop, rock ‘n’ roll riot.

Tell us a bit about the new tune, ‘Gold and Blue’/
Sam: We’re hoping to put it out as a free download to coincide with the tour.
Jake: It was written last summer before a gig in Birmingham, where we performed with a drum machine. We felt like we were in Flight of the Conchords that night! It’s got that 80s Gary Numan & Talking Heads vibe going for it.
Cal: The mix is sounding great, definitely sounds like progression. We’re looking forward to getting it out there! 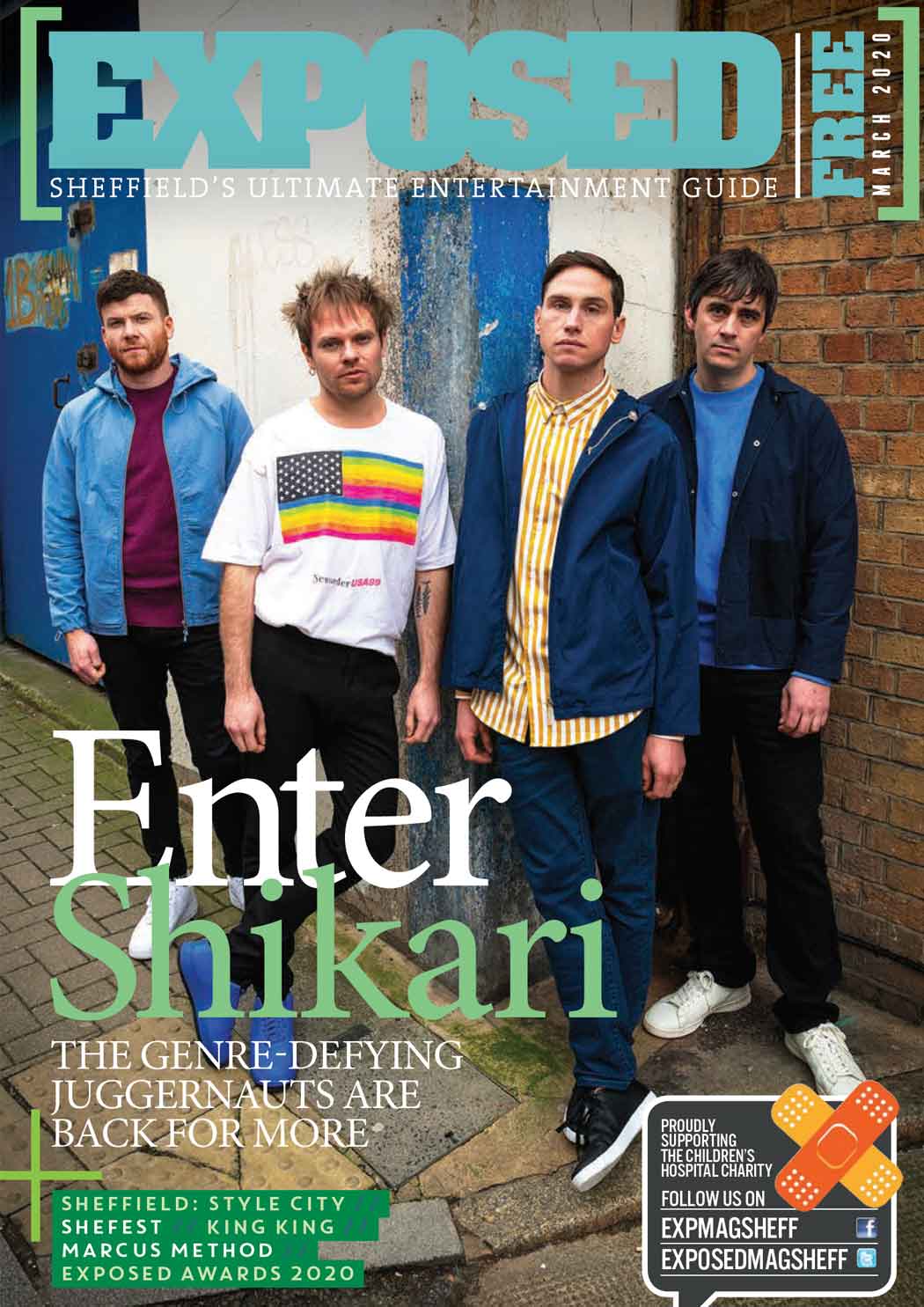 We’ve got this, Sheff. ❤️ @marcabarkerphotog

Takeaway this weekend? Keep it local by downloadin

Hi all, just a coupla things we'd like to mention

Filming @franzvon_zongo for our next Exposed sessi

#TBT Opening night at the iconic Music Factory on