From the moment Joseph Saddler – AKA Grandmaster Flash – took to the stage, you instantly forgot it was a Sunday night as the party was launched into full swing at a crowded Leadmill. And the night was not just about The Grandmaster himself, but a joint-celebration of the 35 year anniversary of the classic venue. Before a beat was dropped, a list of greats who have previously trodden the boards was reeled off – from the Arctic Monkeys, to Pulp and The Stone Roses – before the DJ announced himself as the latest great to grace the main stage. 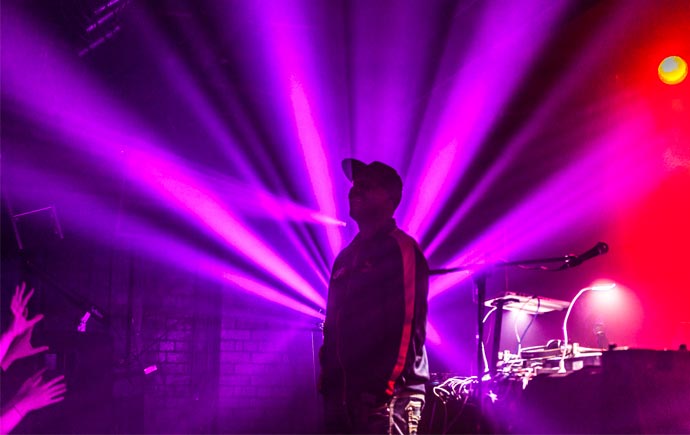 After formal introductions were finished, the bass tore through the dancefloor as balloons fell from the ceiling and the crowd frenzied to some classic hip-hop beats. With the audience in the palm of his hand, The Grandmaster’s illustrious genre-spanning set swept between classic hip-hop, jazz, motown, indie and rock anthems, with reggae and dancehall thrown in for good measure. Some have critically labelled this approach as a ‘scattered technique’, but I believe anyone who can successfully mix Montell Jordan with Queen and then back to UB40 deserves my attention. Unsurprisingly, the hyped crowd revelled in the ubiquitous scratching techniques that gave Grandmaster Flash his long lasting acclaim. At the end of the evening a downpour of colourful confetti fell over the near-euphoric crowd, rounding off a fantastic evening of quality old-school music which made for a fitting tribute to a wonderful Sheffield venue.