Review of Charli XCX at Plug.

Most may know Charli XCX as belting the catchy chorus in Iggy Azalea’s global hit Fancy, but with her third album Sucker currently dominating the UK charts, the 22 year old singer is going from cult icon to mainstream diva.

Opening her show at Plug with title track Sucker, belting ‘F*** you! Sucker!’ and encouraging fans to stick their middle fingers in the air, it’s clear that what’s refreshing about Charli XCX is her attitude, a welcomed break from the demure songstresses who have been dominating the UK charts as of late.

The 22 year old’s inexhaustible energy throughout her whole 13 song set is somewhat impressive, supported by her all female band, donned ‘Charli’s Angels’. Even throughout lesser-known songs featured on her setlist, she kept the crowd going with her dominating stage presence, encouragement of crowd interaction and impressive dance moves.

Crowd favourites include Icona Pop’s I Don’t Care which Charli penned in 2013, Doing It, her latest single featuring Rita Ora, and her first number 1 single Boom Clap which closed the show. 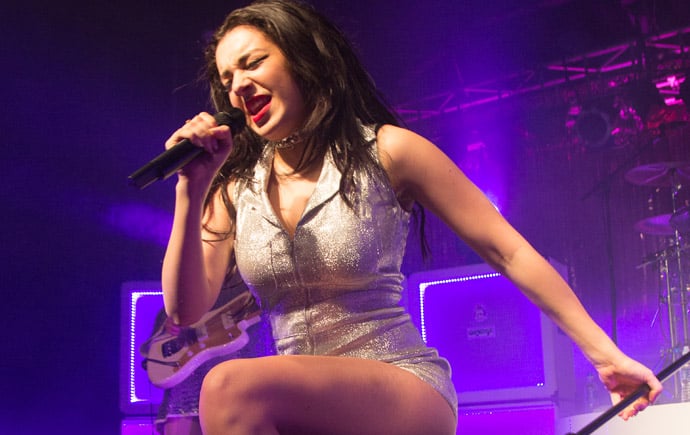 Overall, it’s clear that Charli XCX offers something very different from the other female singers in the charts currently. The diversity of her audience proves that it cannot be disputed she oozes cool, with the audience equally split between guys and girls, with ages ranging widely. She’s pop music for the Instagram generation, and following her merge into the mainstream, it’s clear she’s going to firmly state her place on the UK music scene.

Following a UK tour and run at the West End, the a

"It’s not right that anyone should have to turn

Had a sneak peek around @phorestaurant this afters

On Exposed In Session duty with @jetskitheband and

Out with the pooch this weekend? We’ve teamed up

In Sheff foodie news today, the city will soon be

The first @tramlines 2020 lineup announcement has

Domo Restaurant came into our lives last year and we're so, so glad they did.

They're giving a lucky Exposed reader a meal for two, and all you've got to do is the usual: tag in your dining partner, drop these ace pics a like and give it a right good sharing.