The best of Bond… James Bond.

The best of Bond… James Bond (and two of the worst).

It’s the longest running and most successful movie franchise to date, and it’s no mystery why. Since his explosive cinematic debut in 1962, Ian Fleming’s suave super spy James Bond 007 has starred in 25 films, the latest of which No Time to Die is due to be released in several weeks. It’s been a tense wait, especially since many of us booked tickets almost two years ago for Daniel Craig’s final outing as 007. If you’re a die-hard fan as I am (read all the Fleming novels and some continuations), you’ll have been rewatching the whole franchise, as is custom when a new Bond is on the horizon, naturally! There are plenty of lists dedicated to the best films, cars, girls, or lead actors. Whilst I’m breaking no new ground here, I will at least say that I’ve watched each film almost 100 times, and have given the Fleming novels almost as many rereads. I’ve had the distinct pleasure of meeting both Sir Roger Moore and Richard Kiel (the iconic henchman Jaws). My point being, I’m a real sad fanboy about this franchise… and proud!

Any best of list is always subjective, and in the case of the Bond films it’s especially difficult since they are so different from each other and appeal to such a wide audience it’s very hard to justify yours as the ultimate ranking. In my dorky opinion, there are only two Bond films you can objectively call bad, and even then there is some merit in them, albeit much less than the rest of the franchise. Let’s start with the worst, in order of dreadfulness, and then we’ll move onto the gems. 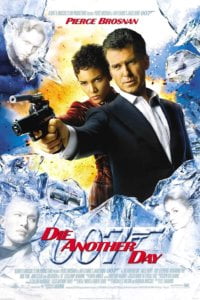 Oh poor Pierce. He had such a solid start with 1995’s Goldeneye, and Tomorrow Never Dies has aged better in the context of the world we’re living in now, but his final outing on the series’ 40th anniversary was a sure sign that change was desperately needed. The invisible Aston, gene therapy transforming North Korean’s into ginger Brits, CGI windsurfing, and Madonna. Christ! What made this all the more embarrassing was that Die Another Day was released the same year as The Bourne Identity. Just let that sink in for a moment. Luckily Eon understood the significance of Damon’s amnesiac assassin, but more on that later. It made Bond something he had never been before, really naff. 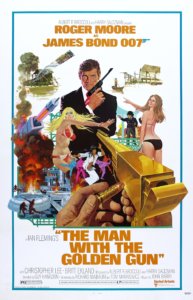 The Man with the Golden Gun:

It gives me no pleasure to put a Roger Moore film here but it cannot be denied that Golden Gun is real eye-roll inducing tosh. Much like Die Another Day it falls victim to perceived cliches about Bond films. It wastes the immeasurable talent of Christopher Lee as the titular villain, Scaramanga, and puts Britt Ekland in a bizarre bikini whilst she screams and lusts after Bond like an air-headed horny schoolgirl. It’s just embarrassing. The title song is fun, and the AMC Hornet jump over the bridge in Thailand is jaw-dropping, but even that is ruined by one of the most baffling sound effect choices in cinema. The Fleming novel, the final full Bond book he penned, is a dark affair that pits an over-the-hill 007 against a ruthless gunman. This is anything but dark, and it’s barely entertaining.

Right, now onto the good stuff. With rankings being based on the order of release, here are my best Bond films. 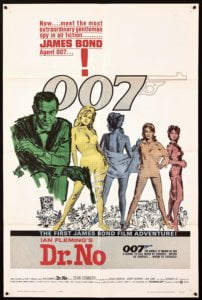 It might seem lazy to include the first on here but honestly, it’s Connery’s best film. It’s snappy, gorgeous to look at, and brilliantly scripted. One must bear in mind that proceeding action and spy films had nothing compared to this, not even Hitchcock’s North by Northwest. Presented in lavish Eastman Color with a hot new star that was to Britain what Brando was to America. Connery was unreservedly sexy and violent, ushering in a new age of leading men in the early 1960s along with Steve McQueen and Paul Newman across the pond. Not only that, it signalled the arrival of a new type of screen hero, a slightly dangerous and unpredictable edge that had never been portrayed through the conservative post-war years. It established the instantly recognisable Monty Norman theme, the gun barrel opening, and Ken Adam’s Nazi-inspired villain lairs. Need I mention the Ursula Andress moment on the beach? Very firm and innovative foundations laid here, and still a strong film when viewed today. 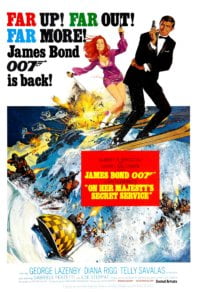 On Her Majesty’s Secret Service:

Unique for several reasons, this was the first time we had a different actor take on the role, in this case car salesman and model George Lazenby. Opening titles with no vocals, but believe me John Barry’s opening is arguably the best Bond score ever. Finally, the ending, which I will not spoil here in case anyone has yet to see this instalment. Although Lazenby is hardly a sophisticated actor, he carries assertive masculine assurance in his movement and body language. Next to Daniel Craig he is the best Bond in a fight. Some of the hits he lands are positively wince inducing, aided by the fast cutting which foreshadows Paul Greengrass’ Bourne films. Telly Savalas, able to play both hero or villain with great ease, is the franchise’s best Ernst Stavro Blofeld. It was not a hit at the time of its release in 1969, at least not compared with previous outings. The tone of the film, whilst still being very much of its time, is far darker and tougher than audiences were perhaps ready for, from a Bond movie at least. Over time it has grown in stature and is rightly considered one of the strongest films in the series. 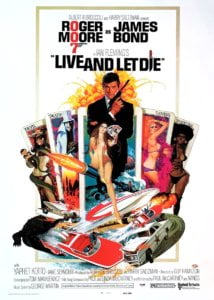 The end of the 1960s was a time of great change in the West, particularly from a cultural perspective. The Beatles and The Rolling Stones were hot, America was tearing itself apart over Vietnam and the Civil Rights Movement, the studio system was drawing its last breath, and there was significant doubt that 007, a symbol of colonial traditions, would have any place in the new landscape of the ’70s. This was one factor that caused George Lazenby to stick around for only one outing. Connery had been brought back for a tired financially-motivated swan song in 1971 which featured Blofeld in drag, and a moon buggy. Roger Moore, star of the immensely popular ITC shows The Saint and The Persuaders! had been on the cards for sometime, but his own schedule and Eon’s desire to fill seats with Connery had delayed his taking on the role for several years. Finally in 1973, Moore’s Bond made his entrance, supported by a brilliant Wings song. It was a perfect change in direction for the time. Moore’s Bond was an effective combination of suaveness, charm, and occasional ruthlessness. It’s a pity this balance did not remain all the way through Moore’s run, but here it’s on point. 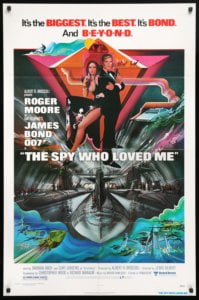 The Spy Who Loved Me:

This film is just awesome. It really is. Everything that is brilliant and iconic about James Bond is here. An underwater city, a submarine Lotus, a tough female KGB spy, gorgeous locations, and jaw-dropping, large-scale action set pieces. It would have been an easy film to make ridiculous, but instead it’s executed brilliantly, with a feel-good atmosphere throughout. This marks the introduction of Richard Kiel’s terrifying Jaws, the franchise’s best henchman by far. Curt Jugens is often left out on lists of greatest Bond villains, but his husky-voiced Karl Stromburg conveys palpable insanity. His quest to destroy the world and rebuild beneath the ocean never seems daft thanks to his performance. This film contains two of the greatest Bond moments; the ski jump off the cliff, and the gun-crazy battle in the Liparus’ submarine pen. A real joy from start to finish. Best car of the franchise too… yes, even better than the DB5. 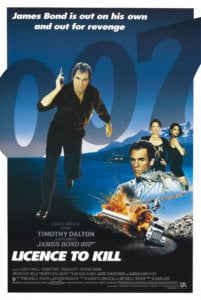 The most violent of the Bond movies, this harsh, sometimes nasty adventure features Timothy Dalton’s 007 going out to get revenge on ruthless drug lord Franz Sanchez, played with scene-chewing excellence by Robert Davi, after the baddie feeds his friend Felix Leiter to a shark. Many consider this film to be way too violent, trying to keep up with the recent success of Die Hard, but it’s refreshing after a decade of camp with films like Octopussy and A View to a Kill. Dalton’s Bond is pure Fleming here. Ruthless, detached, and slightly unhinged, he’s by far the coldest of the Bonds, but again, this is a refreshing change from the gentle charm and humour of Moore. The climatic truck chase is a simple but well-crafted final act that ends with Bond dispatching his enemy in an incredibly grisly and satisfying fashion. The song is arguably the most forgettable in the series after Another Way to Die, but the rest of the score by Michael Kamen makes up for this. It also has the most exciting gun barrel in the franchise!

I can already hear people asking why Skyfall isn’t holding the top spot, and I will concede, Skyfall is probably the best Bond film to date however, the accomplishments of Casino Royale cannot be ignored. Especially since it arrived after the catastrophe that was Die Another Day and the superior sequel to The Bourne Identity had been released in 2004. From the opening where Craig’s Bond savagely kills an enemy operative in a public bathroom, we know that this 007 is not messing around. Craig embodies every element of Fleming’s literary character; an attractive, maladjusted, deadly, but sensitive government assassin with style and expensive tastes. A man you are drawn towards, but really shouldn’t get close to. The stunts are still some of the most exiting in all of cinema, with an authenticity the franchise has always excelled at presenting. Look no further than the parkour chase after the beautifully designed opening credits. The plot is faithful to the novel, grounded in reality, and explores an emotional side of 007 not shown since On Her Majesty’s back in 1969. This kind of depth gave an extra dimension to the super spy that was developed in subsequent Craig films. Had this film not achieved what it did, Bond may not have survived in a post-Bourne world. 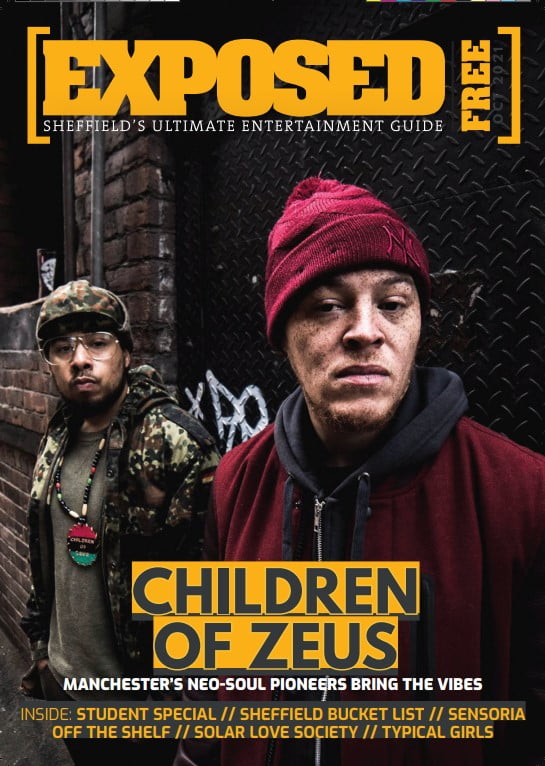