MARMADUKES HAS A NEW CAFE – AND IT LOOKS STUNNING!

A couple of years ago, popular Norfolk Row café Marmadukes took the bold step to open not one, but two new Sheffield venues.

The first opened just before the pandemic hit and is now finding its feet as the Heart of The City II regeneration’s flagship café in the city centre, while the second finally opened its doors in June this year, in the former sorting office on Ecclesall Road.

Delays to the Eccy Road project, which were thanks in part to the various lockdowns as well as owners Tim and Clare’s desire to make things absolutely perfect, have meant that the road to getting Marms #3 open has been far from straight forward. 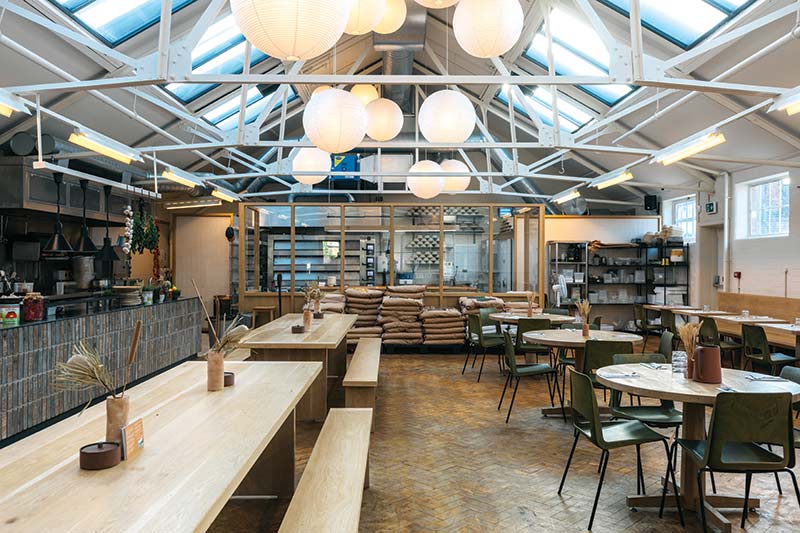 “Embarrassingly, I’d been saying we’ll be open next month for over a year, and I genuinely believed it, but I wasn’t the one doing the work,” explains owner Tim Nye. “It’s been such a relief to get open and the fact that we’ve had people queuing out of the door for the first few weeks has made it feel like all the stress was worth it. This site is just fantastic.”

Tim’s right. The place is fantastic. The open plan kitchens and bakery add a bit of theatre to the café setting and the wonderful interior design, created by Clare with the help of Sheffield design agency 93ft, has been poured over with meticulous detail.

From the bubbles that hang from the ceiling, which are meant to make you feel like you’ve walked into a loaf of sourdough bread, to the rainbow lights in the gender neutral toilets, every element has been carefully thought through in order to make the environment just as enticing as the food and drink.

“It’s been such a relief to get open and the fact that we’ve had people queuing out of the door for the first few weeks has made it feel like all the stress was worth it. This site is just fantastic.”

The finished venue is really quite remarkable when you consider that they never envisaged a third café. Before taking the plunge on the third site they were looking for a bakery space to serve what was at the time about to become two cafes. However, once they saw the much-loved sorting office building was available, they jumped at the chance to create a café, sourdough bakery and patisserie capable of servicing all three sites.

The offering on Ecclesall Road is similar to that of Norfolk Row, with added extras like freshly made focaccia (Tim recommends the nduja version), as well as new salads and gorgeous French toast.

Tim added: “We’re doing our own bread now, which is something we’ve always wanted to do but haven’t been able to until now.The bakery is so close to the customers and people can watch the bread being made fresh. Our strapline, that 93ft wonderfully came up with, is ‘best made’, and that’s because it is all best made here, on site, rather than being shipped in. We’re pitching ourselves at that higher end. Even though we only open in the day, so we don’t charge evening prices, the quality is as good as any restaurant.”

Another important aspect of the restaurant’s ethos is sustainability and they are aiming to become the first venue in the city to be awarded the Michelin Green Star, which is an annual award that highlights restaurants at the forefront of the industry when it comes to their sustainable practices.

One of the ways in which they are attempting to achieve their goal is through the bread itself, and their partnership with Wildfarmed is at the forefront of their sustainability efforts.
Wildfarmed, which was founded in an astonishing career shift by Groove Armada producer and DJ Andy Cato, is a farm that produces flour using a special grain grown in a way that respects the environment by using simple regenerative farming practices to cultivate high-quality grains without chemicals.

Tim tells us that by using a special long-stemmed grain from France they can harvest the crop without turning the soil. This means that the ecological damage attributed to ploughing and using pesticides isn’t seen and the crop can be harvested whilst leaving the greenery.

“What that means, in terms of the quality of the flour, is that all the nutrients in the soil soak into the product, so you’ve got the most high quality bread ultimately that you can get.” adds Tim “The difficulty is it’s extremely sensitive to work with, but the taste and the quality is second to none.” 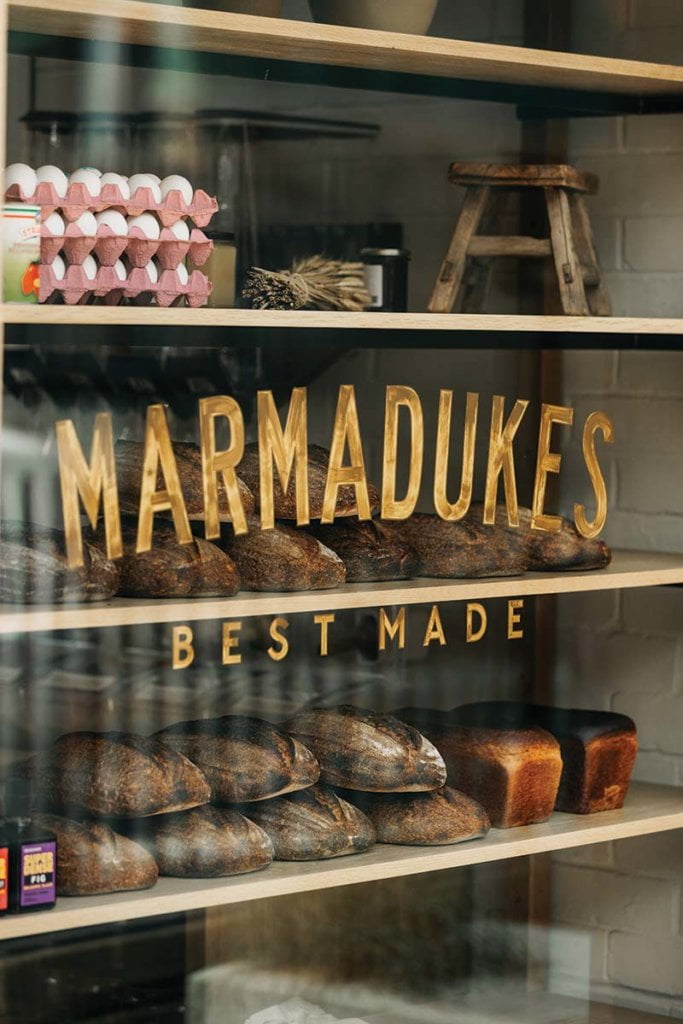 “It’s a work in progress and I’m not saying we’ve cracked it yet, because we haven’t, but in terms of the quality of the bread and the ethics of it as well, you can’t beat it.”

We can’t imagine how good it’s going to be when they have ‘cracked it’ and we reckon you already can’t beat this latest addition to the Marmadukes family. 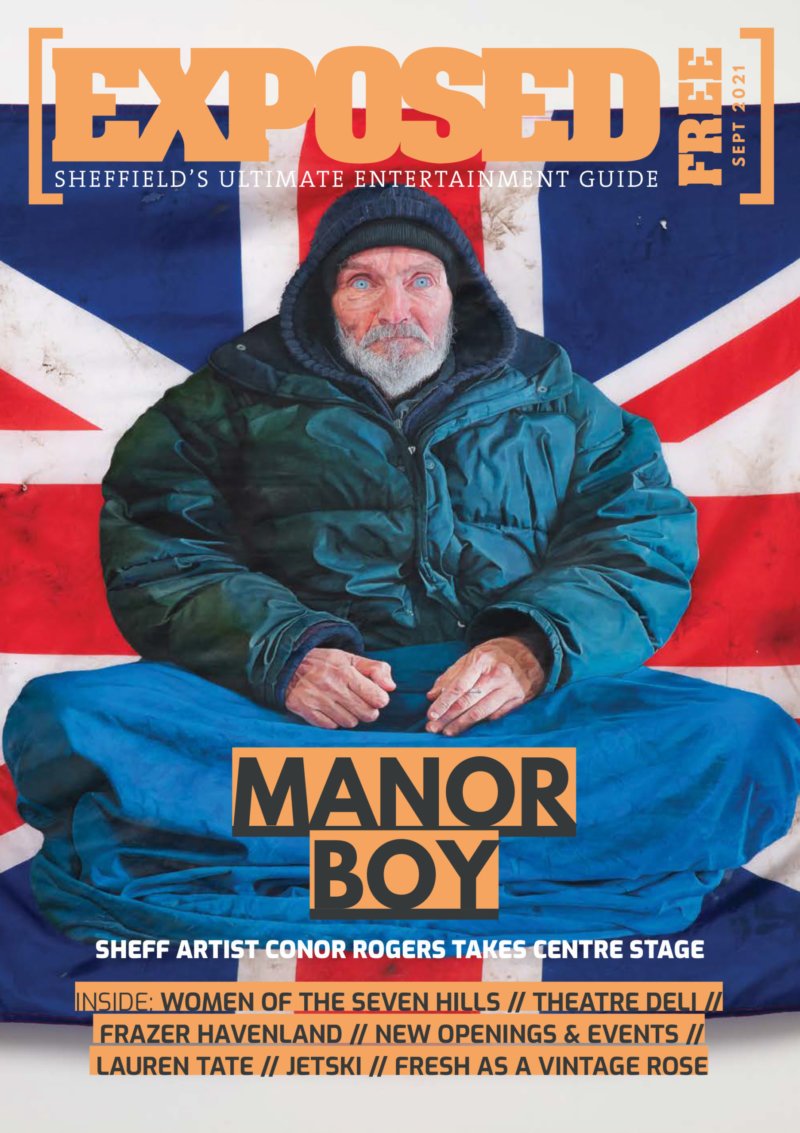