The Woman in Black @ The Lyceum

Terrifying audiences since 1989, The Woman in Black is the second longest-running West End play (surpassed only by The Mousetrap) and certainly hasn’t run out of ideas, as Stephen Mallatratt’s adaptation of Susan Hill’s novel shows.

The story follows Arthur Kipps (Malcolm James), a solicitor with a troubled past convinced that the only way to break a curse on his family is by telling the tale of his chilling experience at Eel Marsh mansion via a stage performance. Quite why this would work is anyone’s guess, but it makes for an interesting format nonetheless.

Kipps contacts an actor (Daniel Easton) to help tell his story, and as the two begin the re-enactment, with Easton becoming the younger Kipps and James playing the characters he encounters on his journey, the set shifts and we are transported back in time to the beginning of the tale. From busy Victorian-era London we follow him on a train to far-flung Crythin Clifford, where he finds the locals strangely reluctant to discuss his deceased client Alice Drablow and the old manor she lived in.

A relatively bare set effectively uses lighting, sound and the power of imagination to create various spine-tingling settings; from running through mist-laden marshes to creeping through dusty hallways, the tension levels barely drop – a huge testament to the acting and stage direction.

Scares are aplenty, but not thrown in for the sake of it. Instead it’s the growing sense of uneasiness reaching a crescendo of terror that makes this play an engrossing watch suitable for some prime Halloween theatre. 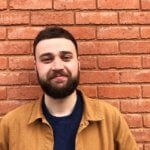 Last minute table for Silversmiths Restaurant tonight for those who are wanting to continue the Eat Out to Help Out vibe...🍽LAST MINUTE CANCELLATION FOR THIS EVENING!

We have a last minute cancellation for this evening. We have a table of 2 and a table of 4 available. Remember, tonight you will receive £10 back per person off your total food bill with our extension of the Eat Out To Help Out offer.

Send us a message to book in now! Hurry before it goes... ... See MoreSee Less